For the Love of Peppers

Time for a garden update, and let me tell you, we have a tomato problem.

But before we get into that, let’s start with a progressive set of images. 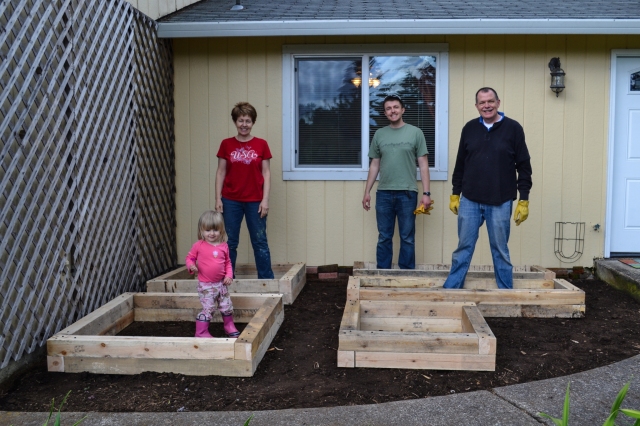 We fill them with dirt. It’s all pretty normal so far. 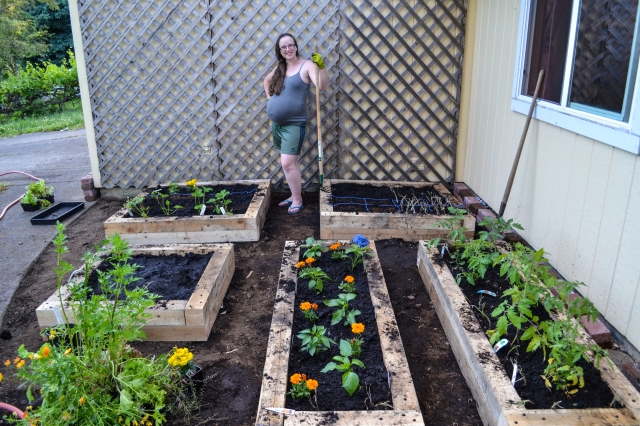 I fill them with plants. Perhaps I was a little ambitious. Ok. I admit it. I was A LOT ambitious. The truth is, I have garden trust issues. There’s just something so uncertain about planting a seed (or seedling) and believing it will grow into a giant (edible) something. I have planted several gardens, and I’m still not a believer. Maybe some day. For now, I’m a chronic over-planter.

The plants grow! They do! It amazes me every time!

Can you see that squash? The one creeping up the trellis? Ok, here’s my other issue (stop laughing Andy! I know I have more than two issues, but no one else needs to know! k?) Anyway, my issue: a bleeding heart for inanimate to slightly animate objects (can I say, slightly animate?). I blame Toy Story. It was probably the worst possible movie for me to see as a child. I already fantasized that my toys moved and talked when I wasn’t around. After that movie, I believed it!

From then on, I made sure every one of my stuffed animals, toys, furniture (insert pretty much anything) knew that it was loved and would fulfill its purpose. Whatever that purpose was.

This problem (craziness, fixation…whatever you want to call it) has carried on into my adult life. That’s a little embarrassing to type. No, I don’t make sure all of Mo’s toys are played with equally, or chat up my toothbrush. But, I do feel a certain melancholy when something (anything) doesn’t fulfill its designed purpose. You’ll find me scraping every last pasta out of the colander (how sad if it’s not eaten!), finding one more way to use that broken cardboard box, and thinking twice before pulling a weed (well, if it’s a pretty weed).

So, to get back to the garden: there wasn’t room for this squash on the squash side of the house (lucky for it, because those squash aren’t doing so well). I couldn’t possibly manage to throw it away or plant it in bad soil. I had an empty square in the front garden, and thought, Here. Here is where you can fulfill your purpose! Grow little one! Grow! Looks like it took my advice. Check out what it’s doing now:

Uh Oh. It’s kind of, sort of pulling the trellis off the wall…and may or may not have found the roof…Oops. Oh well. I hope the squash taste good. I’m not even sure which variety this one this is…

Any ideas? Nikki? You should know. I bought it from you…

You may have noticed from the most recent garden picture above, we have bullies in the garden this year. The tomatoes. They’re big and bad and viney and don’t like their neighbors. They had all but covered the bell peppers, and I like bell peppers. Maybe even more than tomatoes. Something had to be done. And since we’re kind of thrifty round here (read: cheap) I looked around the house to see what we could use to tame the red beasts.

Lo and behold, one thing left behind by the previous owners was part of a chain link fence. Perfect!

Two rebar poles, some string, the fence and one double nap time later (yes, sometimes they nap at the same time. Thank You God!) and viola.

Can you see those sad, straining pepper plants? Now that they’re not being choked, hopefully they will stop putting energy into vertical growth and start ripening up their fruit…well, vegetable!

Not the most aesthetically pleasing fix, and I am a little worried that the metal will heat up and burn some tomato leaves. But not that worried. Have you seen those monsters? I’m pretty sure they’ll survive without some green.

Mo loves the garden. And I love that she loves it. Between checking her baby-bees every day (no, they haven’t hatched yet…I’m starting to worry we may have failed again) and asking to eat orange and purple num-nums, she and I are in the garden at least twice a day. 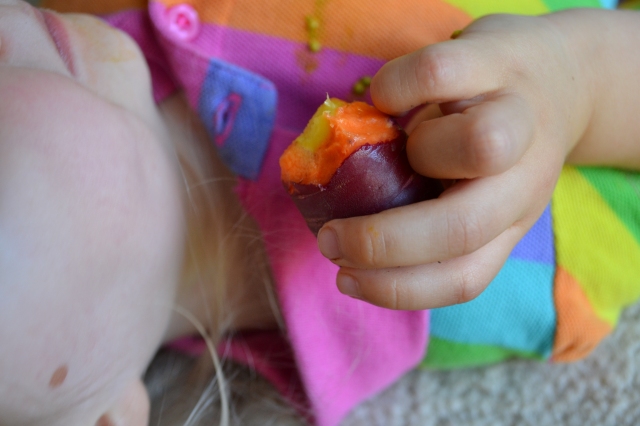 As far as she knows, cherry tomatoes are orange and carrots can be purple. She asks for a purple carrot every time we walk by. She picks mint and parsley leaves to chew. We are raising such a hippie child.

And I don’t mind one bit.

(Yes, that is tomato goo on her shirt. After her nap, while we were still taming the tomato plants, she kept finding cherry tomatoes to eat…”Ooo num num!”) 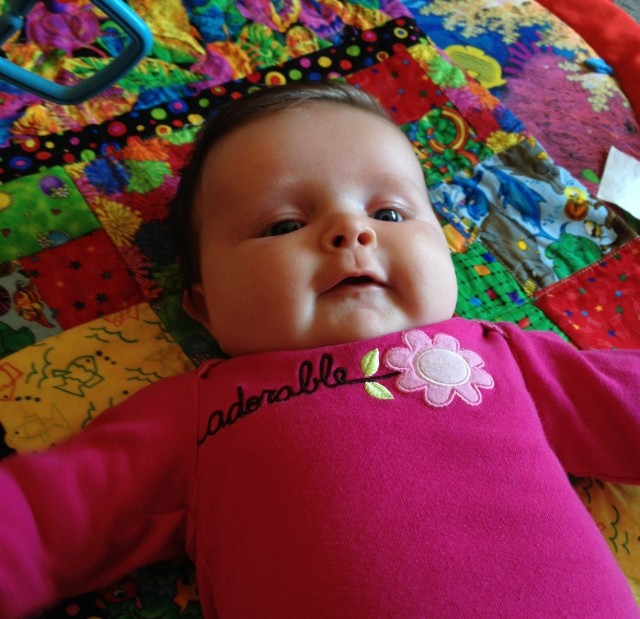 Speaking of growing things, isn’t Lu so adorable? She’s becoming more of a chunky monkey every day! That is most definitely a 9 month onesie…On my 8 week old…In addition to monster tomatoes, apparently we also grow gigantic babies ’round here.

Happy weekend everyone! Hope you’re with someone you love.

4 Responses to For the Love of Peppers