Sometimes, it’s hard to finish supper. Especially if nap was skipped (like yesterday) or late (like today). There are so many other things Mo loves to do besides eat, like sing and dance and color and watch Dora. It was time to get creative before we moved to Meltdown-dom. 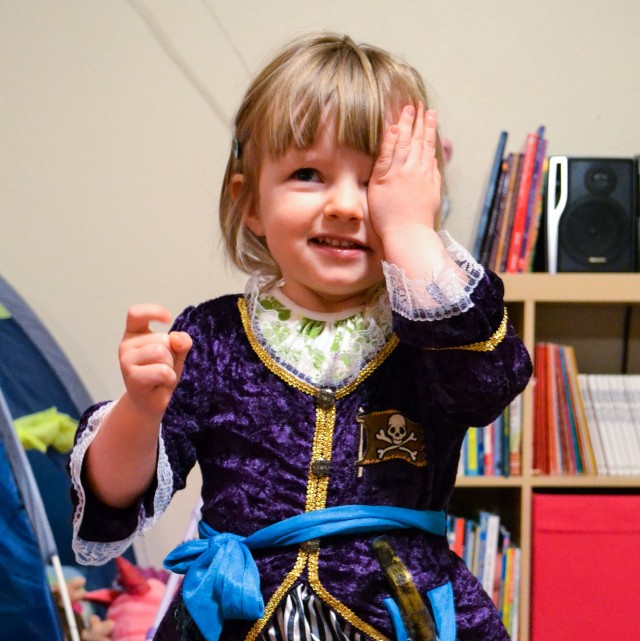 I introduce to you: Pirate Dinner. Because, as everyone knows, the best way to eat yogurt is while covering one eye (actually that can cause some depth perception issues, and perhaps more yogurt ends up on the table/face/floor than actually in a mouth, but we don’t judge).

After a hearty round of “Arrr Matey!” the parrot was introduced, played by my hand perched gently on my shoulder.

Mo thought that was perhaps the funniest thing she had ever seen. We almost witnessed yogurt out her nose.

In her own parrot like manner, she repeated everything our fake feathered friend said.

However, it came out a little warped.

At some point the yogurt got knocked to the floor, but I’m not sure when. We were too busy laughing. And pirate-ing. And laughing some more.

How do you end a perfectly good Pirate-supper? Pirate dance party of course!

And when Mo wants a dance party, everybody dances. 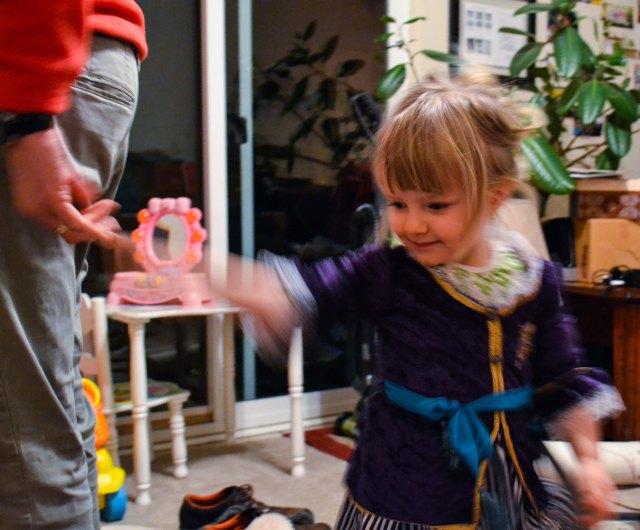